The Dallas Mavericks, through the efforts of star player Kristaps Porzingis, sponsor Whataburger, and the Mavericks Foundation, have donated $10,000 to NEW DAY.  The donation was part of Porzingis’s "Kris-Stops" campaign to fight against child hunger.  Board President Martha Kinard, Saahil Pasha, AISD school counselor Magda Fleming, and Jeb Loveless attended the Mavs' celebration and received the donation on behalf of NEW DAY. Four other nonprofit organizations received donations and attended the event, which was catered by Whataburger. This grant will enable NEW DAY to provide AISD students with 2,222 weekend food bags.  Our thanks to Kristaps Porzingis, Whataburger, and the Dallas Mavericks! 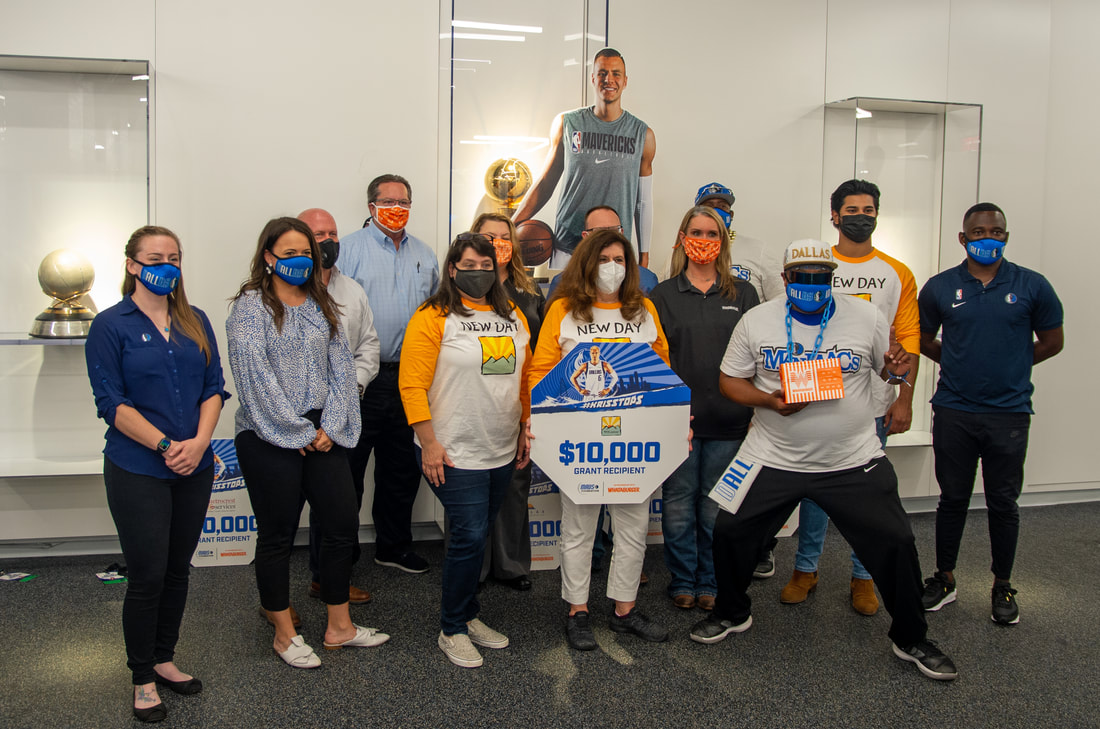 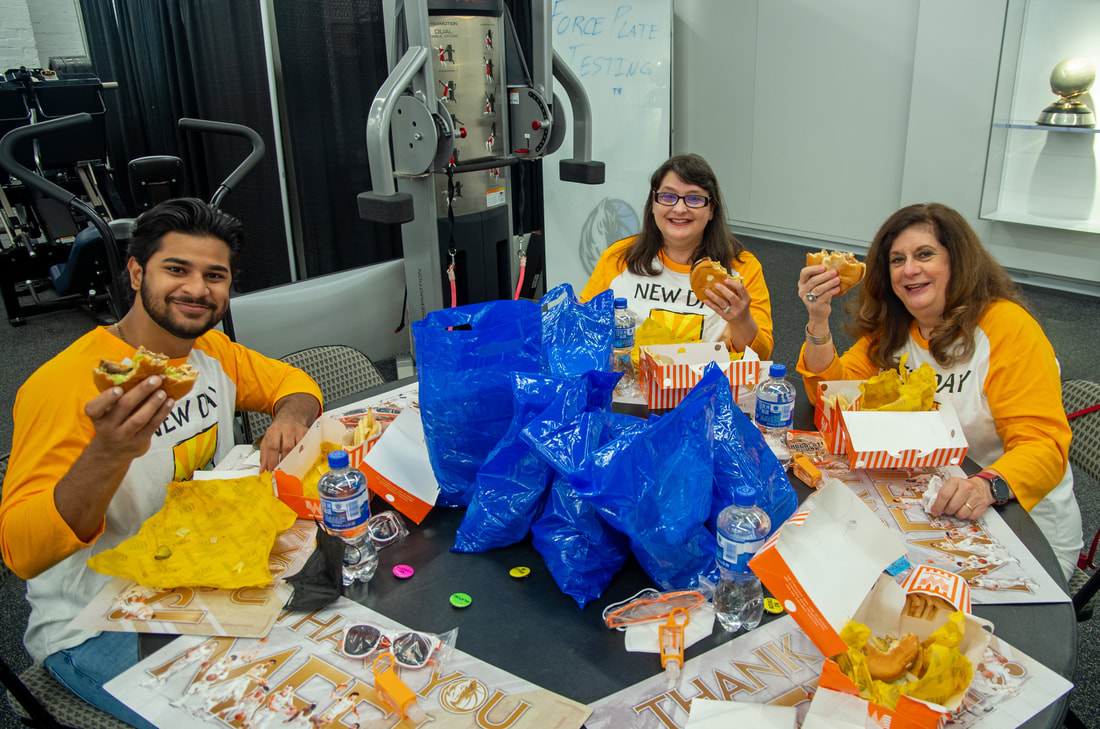 Watch this video!
​NEW DAY feeds children in Arlington with the school district as our partner. We work directly with school counselors to find the students who are either hungry or who may be food insecure. The latter are kids who may not be hungry all the time but who do not have a consistent stream of nutritious food available to them. Counselors identify these kids and contact NEW DAY for the delivery of bags of food on Fridays. The bags are discreetly distributed to students by the counselors.

NEW DAY began as an outreach ministry of Grace Presbyterian Church and it subsequently became an independent tax-exempt nonprofit organization. NEW DAY still has close ties to the faith community. In fact, churches are an important aspect of our business plan. We have established three food packing production lines with the combined capacity of delivering 900 bags of food each week to Title I schools in Arlington. Production lines have been established at Grace Presbyterian, Westminster Presbyterian and Trinity United Methodist. We expect to establish other production lines in churches over the next few years so that we may feed all of the hungry kids in the school district.